Definition: What Is Gambler’s Fallacy Posted On April 23, 2014

We touched on it quickly in last week’s blog post on the brain’s insula, but today, we wanted to talk about gambler’s fallacy more.

What Is Gambler’s Fallacy?

People placing bets struggle with gambler’s fallacy very often. Gambler’s fallacy, also referred sometimes to as the Monte Carlo fallacy, is the belief that if something (an outcome) has happened more frequently than it usual does, this outcome will happen less frequently in the future.

Confused? It’s okay. We have a few examples.

You might think, “I’m going to flip it just one more time. This time it has to land on heads. There’s no way it will land on tails six times in a row!”

That’s gambler’s fallacy. No matter what has happened during previous flips, the next flip still has a 50-50 chance of being heads or tails. Just because you’ve gotten a lot of tails doesn’t make it any more likely the coin will land on heads now.

Roulette
The alternate name, “Monte Carlo fallacy,” is a reference to a gambling situation that occurred in Monte Carlo on August 18, 1913. During a game of roulette, black was the outcome 26 times in a row. People were sure red would be the next outcome – and they bet millions of francs.

What they failed to realize was that every turn, the odds of the outcome being black or red were still the same. It didn’t matter that black had been the outcome many times before at all. That didn’t change the odds of what would happen next.

Why is gambler’s fallacy so harmful? People who gamble for long periods of time feel that after many losses, they must be close to a win. Some people may think they’re noticing patterns in the game play (such as the patterns of tails or black outcomes above) – this may make people think they know what’s coming next. They may believe they’re becoming more skilled at games whose outcomes are always purely by chance, never skill.

For people with gambling addiction, gambler’s fallacy can keep gamblers rooted in their seats as they chase a big win – one that may not be likely to occur.

If you find yourself struggling with a gambling addiction or believe you may be at-risk, help is available. Professionals at the NYS HOPEline can direct you to support options in your area. You don’t have to fall victim to gambler’s fallacy – we can help. 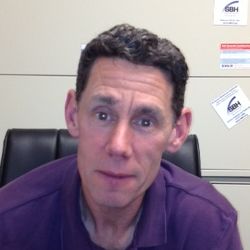